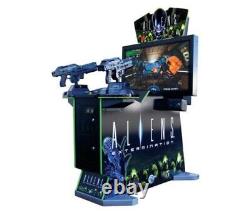 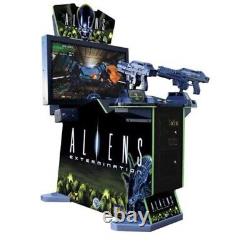 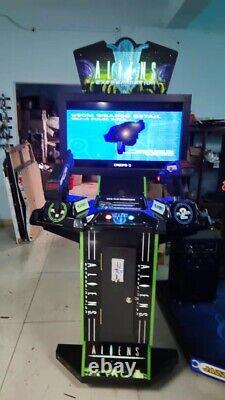 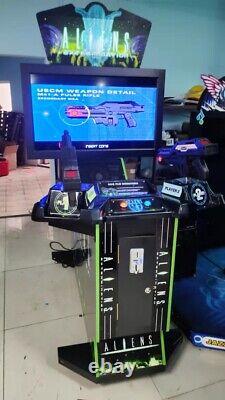 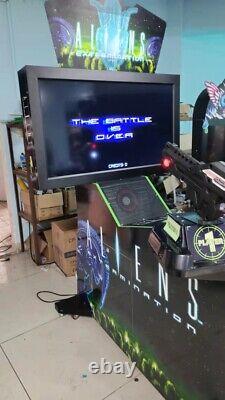 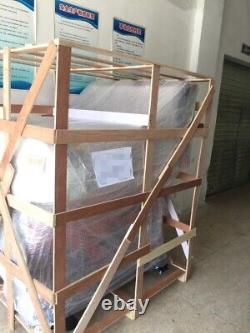 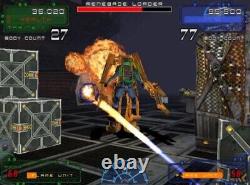 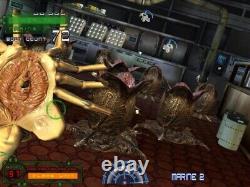 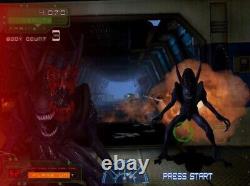 Aliens: Extermination Deluxe Shooting 2 Player Coin Operated Arcade Game Machine with Interactive Sound & Video, 42 inch LCD Monitor. It's been years since the Colonial Marines left planet LV-426 and the Alien population behind. It's time to go back to finish off the Alien monsters... Bring the movie franchise into your home game room with the Aliens Extermination Arcade Game! Enter a world that is at once familiar and dangerously alien!

Since the Marine's last visit, the''Wheland Yutan Corporation'' reprogrammed an army of synthetic humans to stop anything that could hinder the development of their deadly Bio Weapons. Revisit original licensed characters such as the face hugger aliens, warrior aliens and alien eggs and combat some new enemies in a battle for the planet and the universe!

Backlit speakers enhance the game play experience for a game mission unlike any other! Journey back to the planet LV-426 for a host of new rivals and risks... It's not as simple as just killing Mother Alien any more.

The seller is "jafar1223" and is located in this country: US. This item can be shipped worldwide.